Apart from playing gigs, to which I will come to later, I seemed to have spent the most part of the year, rehearsing, recording and finally mixing and mastering my 4 Track EP ‘HOPE’.

In January I started the planning of the recording sessions for my EP ‘Hope’, the second in my trilogy of ‘Faith, Hope, Love’.

Here are the titles of the 4 songs I recorded: 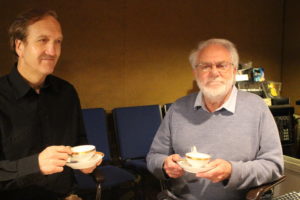 Here’s a picture of me and Gordon Thrussell, the sound engineer, taking tea (around 4pm).

At present, I don’t have a band so I asked my friend Petar Krstanovic (bass guitar) and his friend and  band mate Marko (drums) to come into the studio to play bass and drums on my EP. The first recording session on 7 March 2018, went very well. 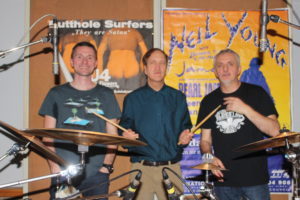 Once Petar and Marko had recorded their parts, I went to the studio on my own, on and off, for the following few months to put down all the other instrument and vocal tracks. In May, my friend David Buckley came with his son Aodhan and helped me with some backing vocals. You can hear David on ‘Red Eye’ which we co-wrote, and Aodhan, with his contribution towards the end of Lady On A Motorbike – great stuff! 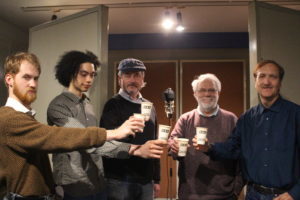 Finally in June, Ed Slot, a young, classically trained pianist, came to the studio and recorded the keyboard part for my song ‘HOPE’, which is also the name of the EP. Here he is relaxing after the recording session, playing a short excerpt from a  classical piece; Sonata No23 in F, by Joseph Haydn.

In July and August I took a break from the recording for a while to be able to play some gigs.

I kicked off with my first ever performance in Paris at Le Pop In. It isa lovely French venue, with great atmos. I am happy to say that my songs went down well with the audience. Looks like I’ll be heading there in the near future. Vive la France! 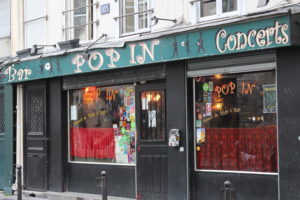 This was followed by my first ever gig in Cardiff, Wales at the Live Lounge. The Welsh are a very musical nation so I was pleased with the positive feedback I got from the audience and I even managed to sell a few of my CDs – diolch! (thank you!) 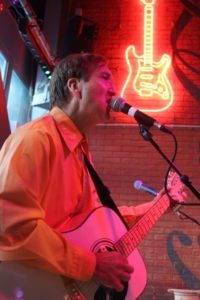 In September I played at an Open MIc event (everyone plays 3 songs only) at Venn Street Records, Clapham, London. Great atmos, beautiful people (excluding myself) and shock horror, no draft beer! The beauty of an Open Mic night is, that you never know what’s going to hit you – good, bad, or simply hilarious. 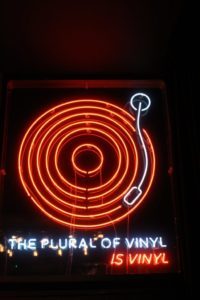 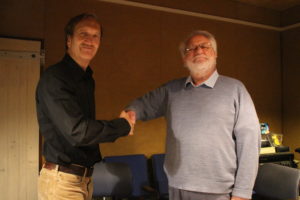 Another Open Mic event I performed at was in mid-October at a very hip venue called Old Street Records in east London.  The place was packed with the In Crowd, i.e. hipsters, really good vibes and I enjoyed my spot. A minute after I had come off stage, a girl came up to me and asked whether I had lost a badge. It turned out that my Russian-American friendship badge (see pic) had flown off my cap while I was playing and landed in the girl’s shoe – my aim is true! 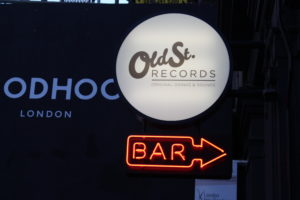 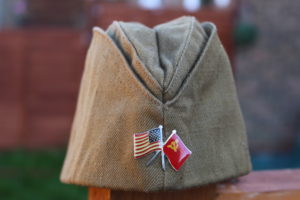 Then came my performance at Northcote Records bar in Northcote Road, Battersea, London. I used to live in that road years and years ago. I went with my friend David Buckley who is a great songwriter. He played there as well and it was so good to see him on stage again. 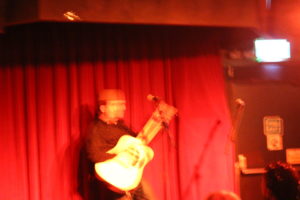 In November I went to Seaview Studio in Folkestone, Kent, where together with Music Producer ‘Technical Fingers’ we shot a Promo Video for my ‘HOPE’ EP. It was the first video of this kind that I have done and I really enjoyed doing it.

My last, lazy Sunday afternoon gig in 2018 was in December, at the Number Six Bar in Camden Town, London. It was hosted by Zaid Joseph, a promoter and all-round nice guy whom hadn’t seen him since 31 May 2001, when I last performed at one of his events at the Crypt in Brixton (thank you, music diary) – how time flies! The Number Six is a superb venue and the sound was absolutely brilliant. I have played in many bars and pubs but the sound there was the best in a long time. I am planning to play there again in January ‘19 and will let you know in advance, so you can come and join in on the bongos…bongo fury!