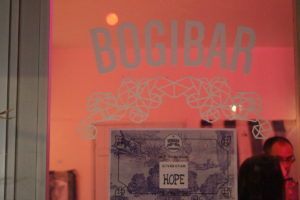 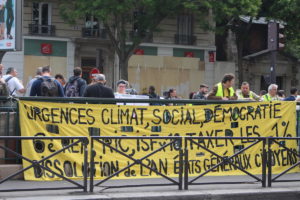 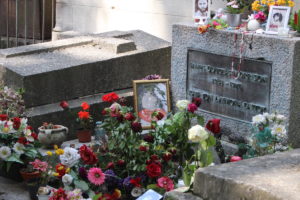 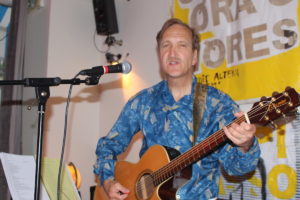 The Paris gig , was the last one of my HOPE tour gigs, which started with London, then went on to Budapest, Vienna and finally Paris.
These cities all have one thing in common – they are capital cities and each of them is special, in one way or another. Budapest, naturally, came out on top! I was invited to play in Paris by a lovely lady called Bogi Palosi, the owner of Bogibar.

I really enjoyed myself, and played for ca 2 hours (including a few rebel-rousing covers). You can watch 2 video clips from that evening: ‘Ties That Bind’ from my first CD ‘Faith’ and ‘Red Eye’ from the second CD, ‘Hope’. Just a few feet from me sat a French lady who, as I was playing, started crying. I can’t be that bad, I thought, and I was right, because she bought both of my CDs. I met some lovely people, some with interesting propositions regarding gigs in Paris but as always, time will tell if it was just the liquor talking.

A big Thank You to Bogi, for arranging this gig, for putting me up and for giving me some seriously good plum brandy aka pálinka. I hope to be back in Paris sometime in the future. I include a few photos from my wanderings in Paris, where I also visited Jim Morrison’s grave.The Doors are my favourite band.

In the Père Lachaise cemetery, I came across Yellow Jacket protestors, which baffled me because the cemetery is home to 70000 dead and they don’t need convincing one way or the other. Vive La France!